The Indian Institute of Science (IISc.) has earned a big distinction in its favor. It stands in the top 10 of Times Higher Education’s (THE) Best Small Universities-2017 international rankings which considers universities, having less than 5,000 students.

Standing at 8, IISc. In the world, it is the only Indian university to be ranked as the second-highest Asian University.

California Institute of Technology (Caltech) tops the list. When compared to large universities, IISc comes in the 201-250 bracket.

“This good and motivating recognition has enhanced our hunger to be in the top 5 bracket of the international university rankings also. When it comes to IIScs strength of students, it is a small university. At present 3,400 students study in IISc., which has a full-fledged postgraduate and Ph.D. programme. But other universities hold the edge when it comes to large undergraduate programmes they run,” said Anurag Kumar, Director, IISc.

Chief Minister Siddaramaiah tweeted: “Hearty congratulations to the faculty, students and patrons of @iiscbangalore for this achievement! The state & country stand proud today!” 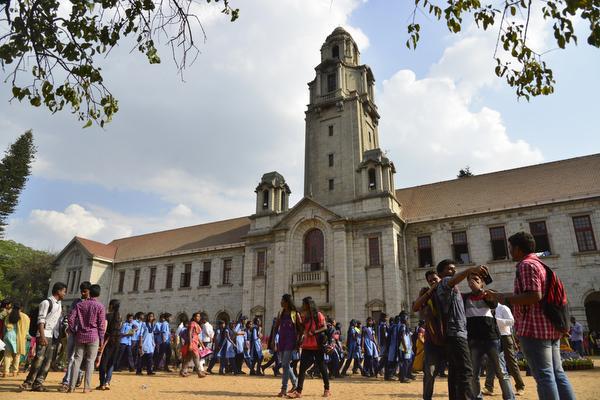 It Has Been Ranked Amongst The World’s 10 Best Varsities

Human Resource Development (HRD) Minister Prakash Javadekar has congratulated IISc for the recognition. “It is a heart-warming news for us that one of our institutions has been ranked among the world’s top 10 universities. This shows our commitment of elevating our quality of education at all levels and increase focus on research and innovation,” he said on sidelines of an event here.

Despite the new high, The Indian Institute of Technology (IIT), Guwahati, and Savitribai Phule Pune University, which were ranked 14 and 18 respectively in the 2016 edition, did not find a place in the top 20 this time.

IISc, a public university for scientific research and higher education, established in 1909 with active support from Jamsetji Tata and Sir Krishnaraja Wodeyar IV, the Maharaja of Mysore, earned its first international recognition by being the first Indian institute to be ranked among the top 100 in THE World University Rankings for engineering and technology at 99th position in 2015-16.