Institutions of higher learning have been witnessing the turmoil on various accounts from time immemorial but the increasing frequency of such occurrences inevitably draws attention. The potential of student movements has a glorious history of the national movements contributing to the country’s independence as well as many social reforms. Without prejudice to anything, the recent occurrences of students coming to streets have evinced their concern.

Given the prevailing situation, it is worthwhile to assess the student movements emanating from the academic campuses and the perception of society towards them.

There are different notions about the student movements on campuses among different stakeholders like governance, teachers, students, employers, and society. The institutional governance considers it as the disturbance in the normal functioning of the institution and tries to contain it by either dialogue or by overcoming the reasons for it or by trying its suppression. The activism of students being treated as subservient is likely to culminate as the challenge to the authority of the government and such perceptions worsen the conflicts.

Teachers being the erudite community on campuses usually have divided opinions on the whole situation with some agreeing with student movements and some disagreeing.

Concerns of the educators are also in respect to the adherence of the prescribed provisions to ensure the proper functioning of their institution with integrity. Teachers have greater insights in every happening inside as well outside the institution and usually communicate with the students as per their school of thought which means in every campus there will be at least two factions.

The students being the nuclei of the tempest majorly support the cause for which they raise their voices, however, some students may also not agree because of their thinking, backgrounds, socio-economic conditions, intellectual and other factors.

Usually, the students approach to seek respite by resorting to activities that are unwelcoming by the institution only after exhausting the other possible avenues else their activism does not live long.

Usually, the employers will look at the disturbed campuses negatively and the pervading unrest may discourage them from hiring students of such campuses.

Another important stakeholder happens to be the alumni of the respective institution as they have to carry their place of study with them throughout life. Alumni always wish their alma mater to grow continuously for achieving excellence as any erosion is bound to affect them adversely and compel them to get involved intangibly.

Thus, any kind of activism other than the one contributing to the objective of the institution is rarely appreciated, but the circumstances lead to such unavoidable outbreaks.

Cause of Student Movements

Academic institutions are the organic organizations having complex and unpredictable human beings whose unusual hyper activism on any account is worrisome because it leads to disruption in mandated regular activities. Student antagonism may erupt due to certain decisions taken by the administration or due to non-fulfillment of their demands or due to some unseemly incidents. 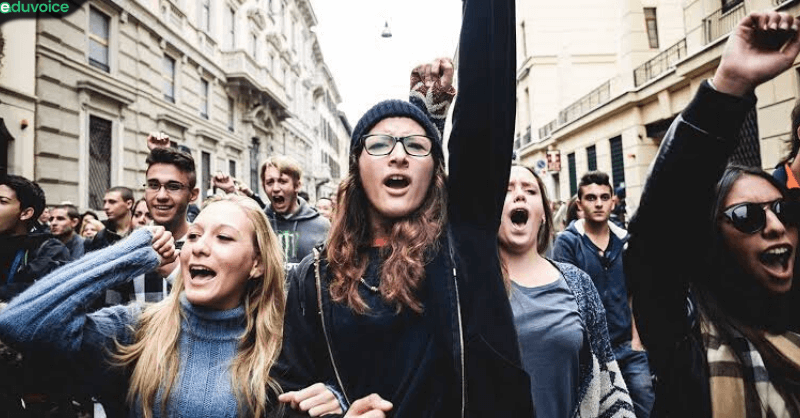 Anyone at the helm either practicing or intending to tweak of the rules with vested interests and disrespect to merit culminates in dissensions in the teaching community and it trickles down to the students who are going to suffer due to subjectivity in decision making on the top. Quite often the human resource hiring/promotion at different levels in teaching or financial irregularities also simmer and eventually blow large.

Autonomy available with the higher education institutions empowers them for taking all possible measures to contain such happenings, but the occurrences smell of its inept handling leading to chaos.

The governance of the institution should keep an eye over the propensity of unrest in students, teachers, and staff to nip it in the budding stage through corrections for ensuring the institution’s uninterrupted functioning and growth of human resources nurtured in it. Governance should strive to create a strong and realistic feedback system for knowing any possibility of future trouble.

Participatory governance involving the representation of all stakeholders for arriving at any decision is although reflected documentarily, however, it’s nonpracticing in true sense invites trouble. In spite of the obligations of the regulatory framework to have the stakeholder representation, the recurrence of unrest shows that the participatory functioning is either existing unmeaningfully or non-existing on one or other pretext.

Any turmoil springing from academic campuses should be viewed holistically for pinpointing the lackadaisical approach on the part of academic functionaries. The issues like deprivation of students from requisite teaching-learning processes & its supporting infrastructure as well as services, non-disbursement / delayed disbursement of student benefits,  fee hikes, student indiscipline, misconducts happening in campus, changes in rules and procedures, etc. can always be resolved by any proactive, fair and rational academic governance.

The realization of the governance that the academic institutions governed by them are the sacrosanct places of learning and knowledge creation to be run without preconceived notions and ego in the best interest of the students i.e. our future.

The deviations from the organic nature of the academia emerge as the unrest and should be reasoned out in consultation with all stakeholders without any iota of subservience at any stage.

The portals of higher education institutions hold enormous human talent of students & teachers along with the enabling knowledge tools and supporting infrastructure.

Undoubtedly, the presence of such a large number of creative human beings for exchange and creation of knowledge should be capitalized to ponder on all curricular and relevant co-curricular issues affecting the society, but the exchange of ideas should not reach a crescendo to disrupt the rhythm of the prescribed academic processes.

Irrespective of the broader issues responsible for escalating the disturbances on campuses, the academic community needs to make a holistic microlevel evaluation of their reasons. Academic governance being largely dominated by academic people should sincerely try for nurturing an environment that allows creating students with requisite domain expertise, free-thinking and disciplined expression of thoughts in all matters concerning them.

The students being the future of society should be engaged in evolving better paradigm for the better society in the interest of humanity at large. Introspection of education system shows that before entering into the higher education system, every child passes through primary & secondary education system which eventually creates their minds in perspective of what is being taught to them and practiced around.

Thus, anyone misconstruing the unawareness among students about prevailing conditions is not correct. Looking at the practice of holding debates, speeches, essay competitions, model parliaments, youth competitions, etc. manifests to encouraging students to get involved in different issues and form their opinion on them. 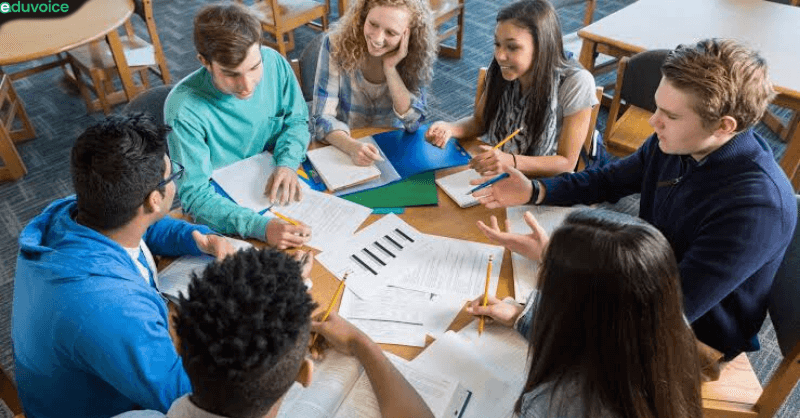 It appears healthy with respect to the students becoming part of discussions prevailing in the country on various subjects. In fact, the thought process of students pervades fast to their families and friends too and helps in creating a nationwide opinion on various issues. It fosters the potential of students for future roles suiting their caliber.

Students decide the face and pace of every academic campus. So every effort should be made to allow these creative minds to discuss, debate and dissent in the most responsible manner so that the outcome helps regulators for better deliveries in every field. The analogy of the state of academic institutions needs introspection with respect to the popular metaphor-‘bottleneck is always at the top of the bottle’.

The leadership of academic institutions has to be of high academic merit with impeccable integrity and strive to eschew the opportunities for criticism with all fairness. Academic campuses should be immune, disciplined and devoid of fear in students & teachers alike failing which the knowledge sharing, free-thinking, and intellectual fertility will be endangered.

In a country aspiring to make the most of the demographic dividend should not allow the disruption in the academic processes as its derailment costs dearer than the smaller compromises to circumvent the reasons for the disruption. Let us collectively ponder to evaluate – what is a bigger gain- whether to create youth with globally comparable capabilities to rule the roost or waste their potential on the unrests.