Jamia Milia Islamia just got its new Councellor. And it is none other than the Manipur Governor and former Minority Affairs Minister Dr Najma Heptulla. Infast she has been unanimously elected as Chancellor or as they call it at Jamia–‘The Amir-e-Jamia’–of Jamia Millia Islamia by the University’s Court – Anjuman in a special meeting held on May 25, 2017.

Confirming the development, Jamia Millia Islamia Vice-Chancellor Talat Ahmad said, ” University will greatly benefit from her rich experience in both political and public life.” Expressing his happiness over her election as Chancellor, Ahmad added, “It will be our privilege to work with her and to learn from her distinguished career in Parliament and internationally.”

A Chancellor of Repute

Grand niece of independent India’s first Education Minister, Maulana Abul Kalam Azad, Dr Heptulla has been a five-time member of the Rajya Sabha, She has also been its Deputy Chairman for sixteen years. She has also served as the Minister of Minority Affairs in Prime Minister Narendra Modi’s Cabinet before being appointed as the Governor of Manipur.

Dr Heptulla also has had the distinction of presiding over the women’s parliamentarians’ group of the Inter-Parliamentary Union (IPU) in 1993. She was elected president of IPU — a Geneva-based international organisation from 1999 to 2002. She was nominated by the United Nations Development Programme (UNDP) as its Human Development Ambassador. 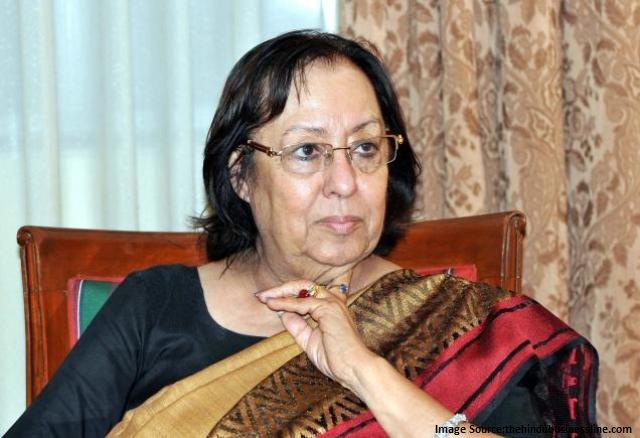 She is also a woman with a mighty pen. Dr Heptulla has authored the much-acclaimed book “AIDS: Approaches to Prevention”. She has also written on human social security, sustainable development, environment, reforms for women and on ties between India and West Asia.