KGMU and MMMTU get new VCs

Dr MLB Bhatt the new VC of the KGMU was formerly the head of Radiology department of the same university. On the other hand, Prof Srinivas Singh of Electrical Engineering department, IIT Kanpur took charge as VC of MMMTU, Gorakhpur.

This has been confirmed by a press release issued by Raj Bhawan. Principal Secretary of the Governor Juthika Patankar infomred the media and the universities that these appointments have been made for three years from the date the Vice-Chancellors assume charge. 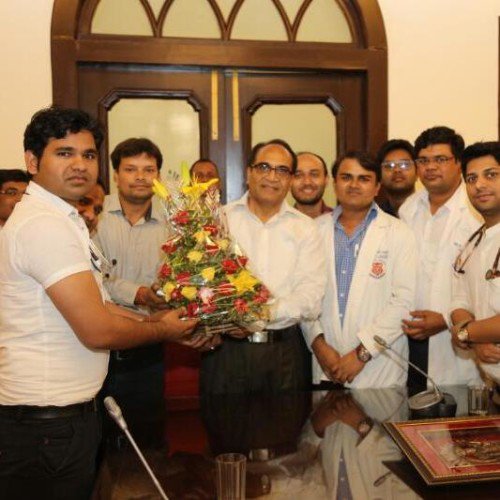 In general in universities these days there is simmering discontent among professors that research output has been compromised severely and placements had fallen significantly. Thus they feel, a professional and competent V-C is required to set this right.

In this backdrop of the Governor directly appointing the VCs in Uttar Pradesh has raised a few eyebrows. Few academicians concerned are hoping that the selection process is not politically influenced. But other professors on the condition of anonymity insisted that since only a person with a technical education background must be appointed to the top post, the above two well qualify to the same.

Thus, the two VCs have a long road ahead to prove the negative myths and opinion wrong by proving their mettle. The experts  believe they will do very soon since both MLB Bhatt and Prof Srinivas Singh head institutes where they have a technical expertise in. Well, only time will prove the belief and expertise.