This is a decision that could impact thousands of law students studying in colleges affiliated to the Savitribai Phule Pune University (SPPU). The varsity officials are considering a proposal to lower the cut-off percentage for passing, among other things.

What The V-C Says

Speaking to media-persons, Vice-Chancellor Dr N R Karmalkar said that a meeting was held to “discuss the various problems faced by the law faculty”. The meeting was attended by principals and representatives of law colleges, the dean of the faculty of humanities and officials of the exam department.

“About 8 to 10 per cent students pass in the first year, and about 18-20 per cent in the second year. It is a serious issue and there was a dialogue on how to improve these numbers,” said Karmalkar.

What Has Been Suggested

Suggesting ways to improve the pass percentage, most law college representatives suggested that the cut-off percentage for passing should be lowered.

Meanwhile, principals who attended the meeting said that these measures needed to be taken urgently. This is urgent since they believe otherwise the entire “law faculty would collapse” in the coming years. 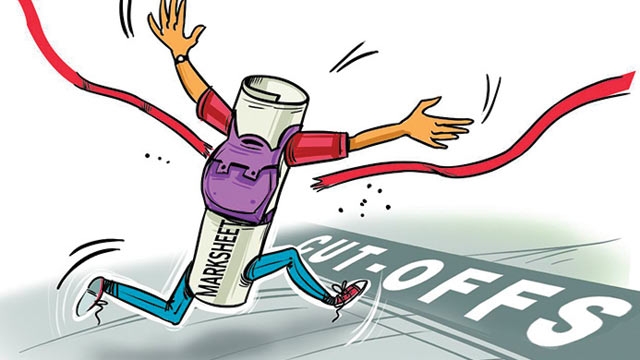 What Else Was Discussed

During the meeting, the problem of late admissions due to the CET in the last couple of years, and the problems faced by law colleges in completing the syllabus and conducting exams, was also discussed.