It took some 50 suicides for the government to take note. Yes, only after multiple suicides by students preparing for competitive examinations in Andhra Pradesh and Telangana, allegedly due to a pressure to perform, education ministers of the two states held separate meetings and issued several guidelines to colleges.

Student unions have alleged that corporate educational institutions do not abide by the rules of the Education Department and push students into mental depression, which causes them to take the extreme step.

Last week, four intermediate students committed suicide on a single day. They all had three things in common — parental pressure, depression, and poor academic performance. Following protests from activists and students, the education ministers of both the states convened a meeting to identify the reasons for the crisis and prevent the suicides.

The main offenders are generally Junior Colleges like Sri Chaitanya and Narayana are often known to be notorious for the harsh conditions that they put students through. The students in hostels are made to follow a rigorous time schedule, leaving no time for the child to rest or play. This stress often takes a heavy toll on the mental health of the students. Additionally, the institutes are also known to oppose co-ed classes, with boys and girls taking the same course, made to sit in different classrooms. 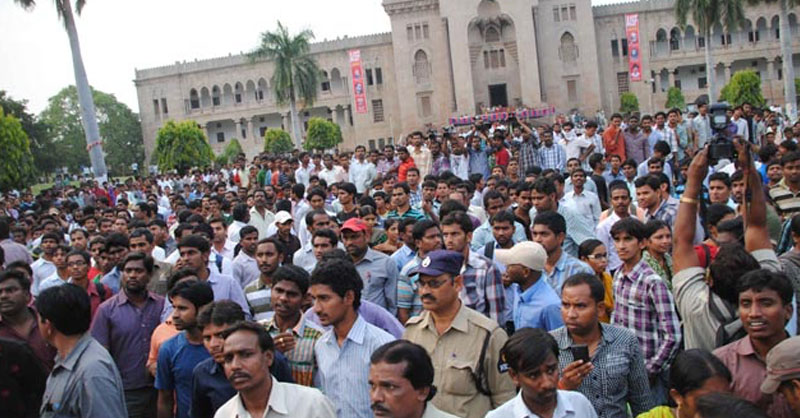 AP Education Minister Ganta Srinivas Rao said that the students are stressed out over the rigorous time-table followed by the educational institutions. Srinivas’s Telangana counterpart, Kadiyam Srihari, warned that the state would shut down corporate institutions if they violated the norms laid down by the government.

Andhra Pradesh Chief Minister N Chandrababu Naidu has also warned corporate institutions against harassing students. He also directed the Board of Secondary Education to remove the ranking system as a step to prevent student suicides.