Among these different levels, higher education is the one that majorly facilitates critical special needs and is imparted with targeted outcomes.

Further, the fast increasing participation and urge of the middle class to be part of the higher education system has brought in a paradigm shift by making it accessible for all and is not meant for the elite class of the society only.

The efforts are being made by all concerned for bringing in the deprived as well as disadvantaged groups in the mainstream of getting a formal education and ensure their contribution to the overall prosperity.

The discriminators like gender, race, ethnicity, age, socio-economic status, etc. are losing their relevance in specific reference to the availability of higher education.

Presently, wide-ranging consumerist factors like demand for programme, quality of education, its cost, location, facilities, alumni, quality of life during education, academic rigour, academic reputation, extent of possible value addition in them, quality and adequacy of infrastructure, future opportunities etc. are considered while making choices for admission in higher education programme in any institution.

As the students aspiring for higher education are not homogenous due to their varying abilities, core competence, aspirations, socioeconomic conditions, family background, culture and region, so appositely there should be understanding of the criteria of the ranking system of HEI for forming an opinion about an Institution being better or inferior to the other.

How HEI is Evaluated by Common Mass?

Macro-level evaluation of the institution is done by the public through success stories of the graduates from them and the same forms the basis for creating a perception about any Institution. Public perception plays a dominating role in decision making for choosing an Institution of study.

Along with it, nowadays the third party assessment in the form of ranking of higher education institutions has also become quite a familiar term with the stakeholder community as these exhibit their real outcomes and operational dynamics. 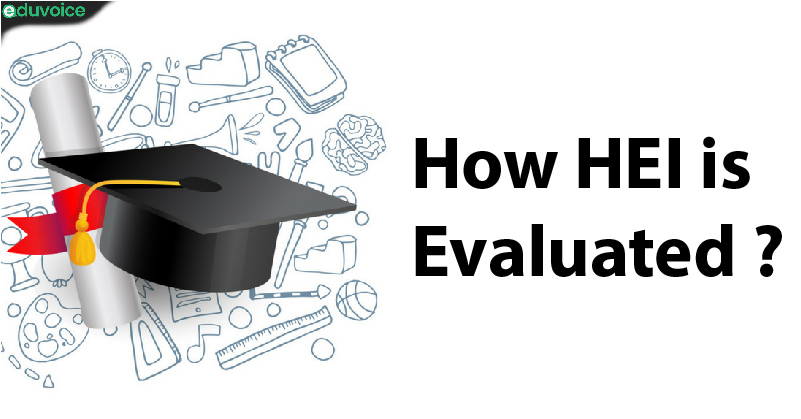 This popularity of ranking is also due to the increased concern of all stakeholders for quality within the education system and the quality of deliverables from them.

Nowadays the notions like the public Institutions offering better than private institutions and vice-a-versa have taken a backseat as there have been all types of examples regarding the excellence emerging from the Institutions who function passionately for improving their quality on all fronts.

Different Ranking Systems and Their Impact

It has created a quest in the Institutions for achieving the higher ranks, and annual rankings are credible indicators of the strong and weak points of every HEI. The ranking essentially creates a perception about any institution and the same is significantly relied on by the admission seekers for choosing the suitable destinations of higher education. 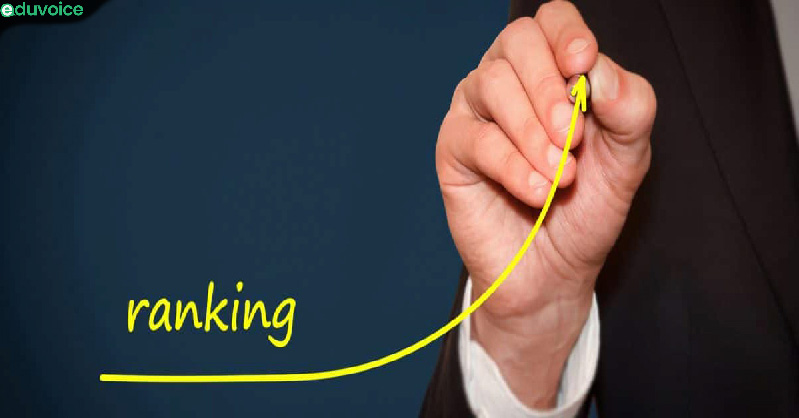 India has also come up with a weighted ranking system for the country’s higher education institutions called the National Institute Ranking Framework (NIRF) with the patronage of the Government of India.

All of these different ranking systems have their metrics for deciding the relative position of participating Institutions based on their scores.

Therefore, because of varying basis, the ranking outcome needs to be looked at from the perspective of different criteria used in quantification of cumulative scores of these Institutions.

A comparative look at the three ranking systems, i.e. two international and one national shows the importance assigned to the attributes involved in ranking.

A comparative look at the attributes used in estimating the cumulative scores of the participating Institutions shows that the different ranking systems have their weights for various attributes which means the specific ranking should be relied upon in the context of the parameters and their weightage.

In general, the three ranking systems considered here have 30% / 40 % weightage to the indicator dealing with teaching-learning processes and the academic peer review is accorded the highest weightage by QS ranking system.

Thus, the ranking of the Institutions by QS gets significantly affected by the quality of academics in them. The indicator dealing with research activities is assigned equal weightage of 30% by THE and NIRF ranking system, while no direct reference to the consideration of the research is being made in the QS ranking. However, the QS ranking system does accord 20% weightage to citations per faculty and can be treated as a measure of the quality of research in the Institution.

The consideration of citations in assessment always makes the ranking process getting significantly affected by the performance of individuals from the respective Institution in the eyes of peers globally and also motivates the faculty members for improving their citations.

Citations are actual indicators of the quality of work being done by the faculty members in respective Institutions and the absence of due weightage to citations leads to a situation in which the global recognition of the quality of research work done by the Institution is not appropriately considered. It is pertinent to mention that higher education institutions cater to the students who eventually compete with their peers across the globe.

Hence the consideration of the citations need to be essentially considered suitably. This will not only invigorate the research culture, but it will also accord priority to the research activities while helping the Institution in assessing the quality of its research outcomes on a global basis.

The NIRF ranking has 10 % in context to the outreach and inclusivity which is the special feature of India’s higher education system. The access and inclusivity have been the key drivers in enhancing the gross enrolment ratio, and the same is not considered in QS and THE ranking systems.

What need to be understood before getting influenced by ranking ?

In fact, the country’s higher education system is suitably catering to students from diverse sections of society as per the statutory provisions to corroborate the efforts for maximizing the opportunities of higher education.

The conditions of different regions of the world necessitate them to have their systems to cater to the diversity and promote merit.

Therefore, the model and practices of higher education in our second most populous nation of the world ought to be customized to evolve its own strategies to ensure the participation of all sections of society.

The special feature of considering industry income with weightage of 2.5 % in THE ranking, the philosophy of return on investment plays a role in a gradation of Institutions, while the same is not there in QS or NIRF ranking. 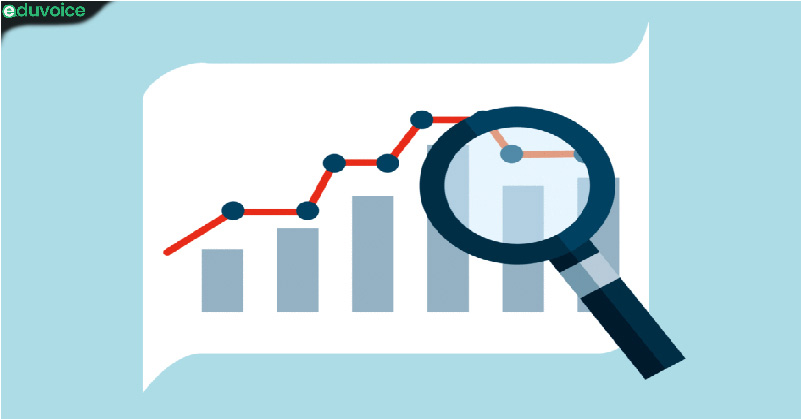 The attribute used in NIRF has a broader domain of considering the perception of academic peers and employers about the respective Institution, while THE ranking system does not account for perception explicitly in its framework.

The ranking is so prevalent nowadays that the present academic administrators anxiously wait for participation in the ranking process and then for the outcome to see whether their institution moves upward or downward.

Though the rankings do not communicate that meaningfully with the students and other stakeholders but help in changing the general perceptions about any Institution appearing in ranking order.

There can be debate on the possibility of the excellence coming from any institution for being part of the ranking process or not, but the rank of an Institution helps in creating a conducive atmosphere for getting the good quality feed which has larger probability of yielding improved quality on all accounts and also set suitable direction for reforms.

Thus, it is apparent that the respective ranking system prescribes the priority of different indicators through the weightage assigned to them and the moot point of whether it is the true measure of the quality of education or not remains to be evaluated thoroughly understanding the metrics used.

Therefore, it is of utmost relevance for the students aspiring for admission in different higher education institutions to get empowered by the respective rankings and the framework used for it to know the actual strengths and weaknesses of the Institutions.

The ranking systems have mandated for the higher education providers, to be honest in their pursuits and create an ecosystem that nurtures and fuels healthy competition amongst the Institutions, which helps the students in seeking the best possible education. In all circumstances, the ranking systems should incentivize the Universities to improve instead of motivating them for cynical gains. 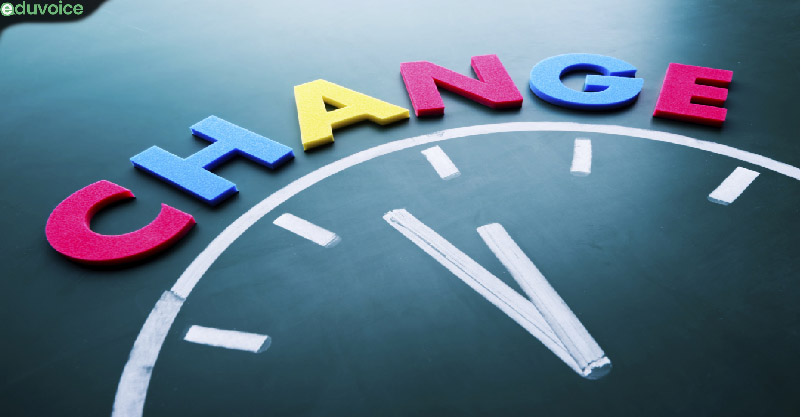 There always remains the caveat about the correctness of input data being furnished at the time of compilation of statistics whether quantitative or qualitative.

Indubitably the positive use of the metrics available through ranking frameworks for positive holistic transformation of processes, practices and support systems in higher education institutions will culminate in the sovereignty of students, teachers, and staff eyeing for choosing the best Institutions to get associated with.
The important dimension to the ranking system becoming popular is the stiff competition among the higher education institutions for attracting the best brains at every level.

Sometimes the governance also uses it as a distinctive tool for positive discrimination among the Institutions as per ranks, so each of committed institutions sincerely strives for ameliorating its state of affairs and move upward in the ranking list or maintain their position.

Unequivocally, the ranking system is a stimulus for the higher education institutions for becoming the best and the measures for improving the relative position of the Institutions ought to enrich the quality of education for the upcoming generation with global competitiveness.

Undoubtedly, the ranking is the easiest way to assess the institution from a common mass point of view. However, the varied focus of different ranking systems on the attributes considered for it should be given due consideration by the stakeholders before prioritizing the choices of higher education destinations.