India’s coaching capital Kota has again proved its mettle, once again. Performing at the highest level and too in flying colors is their mantra of huge success. In the 2017 Joint Entrance Exam (JEE) the results are a testimony and tribute to their efforts with 45 out of the top100 students are of different centres in the city. Out of this creamy layer, 5 top positions have an all-India ranking of 5, 6, 8, 9 and 10.

Of the total, 40 students have opted for Computer Science at IIT-Bombay to shape their dream, which has a total of 110 seats, including 50 in general category.

Suraj, the son of a contractual teacher and homemaker mother from Haryana’s Bhiwani district, who studied at Vibrant Academy, secured a total of 330 marks out of 366 to secure the fifth rank. “He tops the list of high rankers, which include other rankers under top 10 all-India ranking,” said Director of Vibrant Academy, Narendra Awasthi. 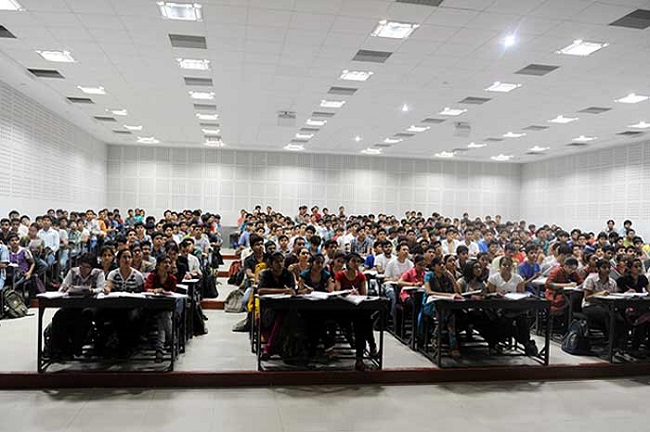 AIR sixth rank holder Saurav Yadav, also a resident of Bhawani, never imagined to scale that high and secure a place in the top 10 at all-India level. Saurav, further said that though being weak in maths, his teachers never lost faith in him and helped him in this regard up to a great extent to strengthen his foundation. “Apart from this grand achievement, there are nine more rankers that stand tall in the list of first 100 and the first rank in SC and ST category,” said R K Verma, Managing Director of Resonance Eduventures Pvt. Ltd.

The others to earn the top honors are Onkar Manik Deshpande (AIR-8), Rachit Bansal (AIR-9) and Lakshya Sharma (AIR-10) of Allen Career Institute. The centre’s Founder Director Rajesh Maheshawari mentioned that our institute has a rich list of op rankers with 3 students in the top 10, 10 in the top 25, and 25 in the top 100. The oldest of the coaching institutes-Bansal Classes, only had a 50% conversion rate. “Every second student of our institute was selected, said Director Sameer Bansal.