If you are guiding someone or know someone who’s going to pursue Engineering, then I’d suggest you take our advice. Read onto the recent Indian Engineering history and the employability of graduates in India.

Indian Engineers dates back to prehistoric times up to 6,000 BC where things like solar drying were used for agricultural commodities. Engineering in India is surely evident that the Indus valley civilization also had the best of engineers of their times. From Africa to Cambodia (Angkor Vat), evidence of ancient Indian Engineering acumen is even today available. Most Indians would want to believe and take inspiration from the characters in our revered Epics such as Maya (of Yudhishtir ’s Mayasabha) and Vishwakarma (the Engineer of Gods). The Indian Engineers accomplishments are not only phenomenal but the world also admires our hard work, work ethics, and innovative ideas.

The wonderful metallurgy and architecture in the form of great temples, tombs, and other monuments is a testimonial to capabilities of Indian Engineers.  In the era of external rulers too, engineering in India engineering continued to thrive and to the great Shah Jahan building Taj Mahal, Indian Engineers have contributed a fair share to our world. Be it the bridges over the endless sea, Huge dams taming the mighty Brahmaputra, railway tracks reaching the remote hills to scientific accomplishments in the form of several Jantar Mantars across the country, these extraordinary engineers have done it all.

Historical perspective: Because we have a vast Indian history

Although the Europeans took great leaps through the 18th century and the foreign rulers made all efforts to leave the nation in a state of impoverishment and self-doubt, we still had our heroes in the form of Sir M Vishweshwaraiyah and others who helped independent India catch up with the rest of the world. The race to catch up made Engineering one of the two most coveted careers for Indian students.

The Indian Engineering students have been widely criticized for not willing to dirty their hands and lacking that experience, while their fundamentals have always been second to none making them sound theoreticians leading to being branded as book crammers.

However once hired, these students have always gone on to excel in their jobs, proving their worth and being admired for their lateral thinking ability and relentless hard work which mostly comes from Indian way of life and the Indian life challenges. India rode the 2K computer scare and the subsequent IT boom when all Engineers shouldered the worlds responsibility. Even after IT boom burst, Indian Engineers continued to support the back offices for world’s best while the world continued to enjoy the talent at a very economical cost.

The employment boom resulted in a boom in Engineering Institutions who not only did not feel the need to innovate but when the employment in Industry tapered off became employers of its own product in large numbers. Even today our higher education institutes employ a substantial number of our own graduates. This blindsided not only our academic leaders and the general public but also our regulatory bodies. Quality of teachers and teaching philosophies have become a casualty leading to many problems including lack of industrial connect, poor preparations of graduates being blamed justifiably on poor curricula, poor infrastructure etc.

While the industry tried to adapt to modern changing times, the academia by far remained rigid withering in the onslaught of changed circumstances. The very industry which had employed millions suddenly found the going extremely competitive started demanding greater skillsets which could not be produced overnight. While some blame would have to be taken by regulators and system for rigidity making the change slow and at times impossible.

Recent times have envisaged autonomy bringing competent universities utilizing autonomy to innovate, whose fruits are yet to see the light of the day in large numbers. The time delay, however, has made us lose our advantage, while the rest of the world worked hard to gain a competitive edge. The only trump card that we Indians have right now is perhaps the demographic dividend advantage.

Despite this fact, the world in the current scenario needs plenty of well-equipped, talented graduates with the right attitude. The stagnating job opportunities for engineers in India, coupled with increasing costs of education is taking the shine off Engineering as a most coveted career. 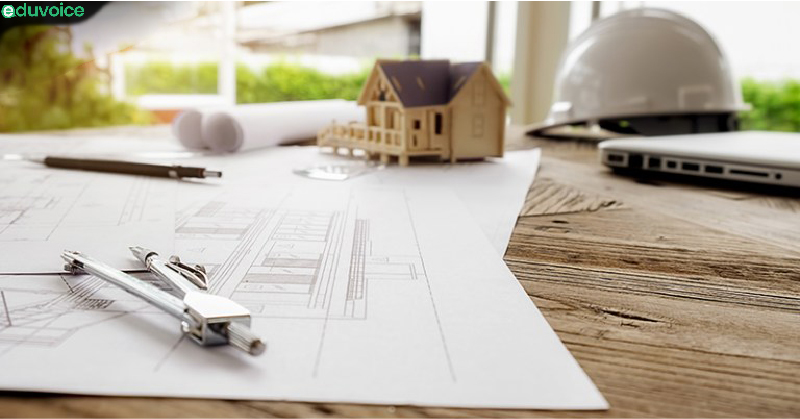 Industry: The story of changing faces

The Engineering Industry is compulsively adapting to new paradigms and the result of adapting fast-changing technologies has seen a drastic change in the way an entire civilization used to live. This Technological plague is only kind to adapters and the fast changes in the nature of jobs and even the nature of industry have also affected the existing workforce.  The contiguous invasion of Technology has changed jobs and destroyed some, while the academia continued to create graduates using the old mold.

The industries from all over the world have irrevocably intertwined and the global industry as a whole has truly become the ‘Vasudhaiva Kutumbakam,’ (the world is one family). This not so gradual change in the industry coupled with exceeding competitiveness has prompted a sizeable set of challenges in terms of new jobs and job requirements. Where a promise of employability is the basic necessity for new industry ready graduates, evidently there is a dreadful lack of the same. 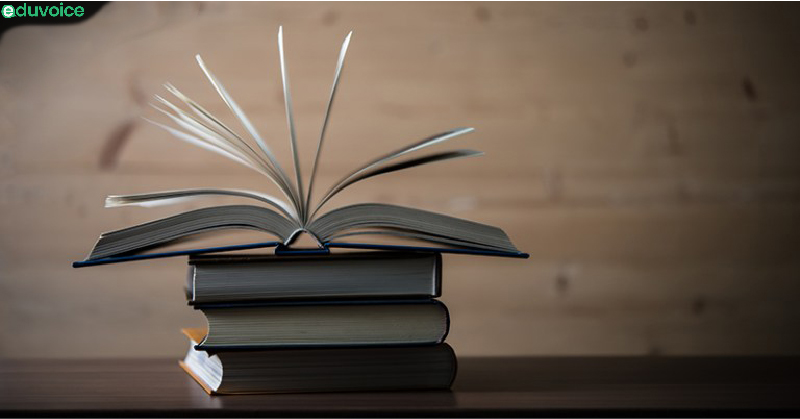 From building tall Towers to humongous trees to strengthen them further it all comes back to their roots. And Academics plays a vital role in any students career. The state of Indian education is arguably mirroring the fate of the Engineering Graduates. The education sector has turned from a sector that focuses on nourishing the future of India to an industrial sector of society balking under pressure to sustain itself economically. The landscape is filled with many examples of failed institutions and some failing ones all due to inability to innovate or innovate fast.

The regulators and other stakeholders have indeed started many initiatives which range from kneejerk reactions to fundamental changes. In the melee that has followed, one of the welcome changes could be accountability and transparency in academic processes. The market forces determining the need for quality and performance.  Another even more important change has been reorientation from content-based curriculum to the outcome-based curriculum which has a built-in mechanism for continuous self-improvement.

The situation currently is like inbreeding, which leads to the deterioration of the resultant own DNA.  The emerging gap between the industry practices and the curriculum created and taught is waking up people at the helm of an industry that has been struggling with this newfound autonomy and responsibility.  Add to this a boundary condition of financial viability, it is becoming a heady mixture with a lot of churning yet to happen.

There is also an aspect of new jobs being created which is perhaps falling short of new graduates being added thus increasing the competition in the domestic market itself with ten folds. This is leaving a large number of unsuspecting graduates finding themselves ill-equipped to face the challenges of changing times and leading to talk of lack of skills or lack of knowledge or both. The graduate already out there are forced to reinvent themselves and many of them are paying the price for lack of hard work in many cases but also for lack of institutional follies.

There are many rays of light in the misty futures of our engineering graduates and an important one is the option of self-employment and start-ups are a new avenue to be ventured. 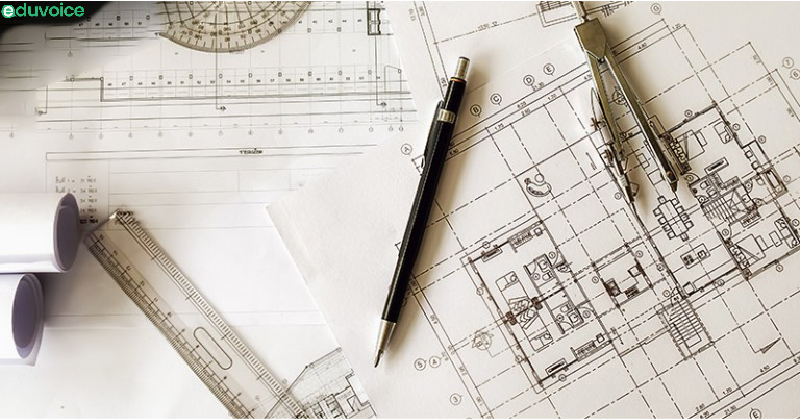 The need to educate possible forty million students every year for higher studies does require a large amount of manageable infrastructure, which can only happen through a large number of institutions. The industry needs are required to be mapped directly on to outcomes expected from these institutions. The time lag in creating graduates itself may create a huge challenge of changing goal posts as a result of the technological invasion.

The education industry should focus on improving the chances of employment of these Engineering graduates by providing them the better facility and on-field training rather than woo more customers. The changing goal post is something, which even the industry is struggling to cope up with. There are examples galore of big players perishing without a trace. 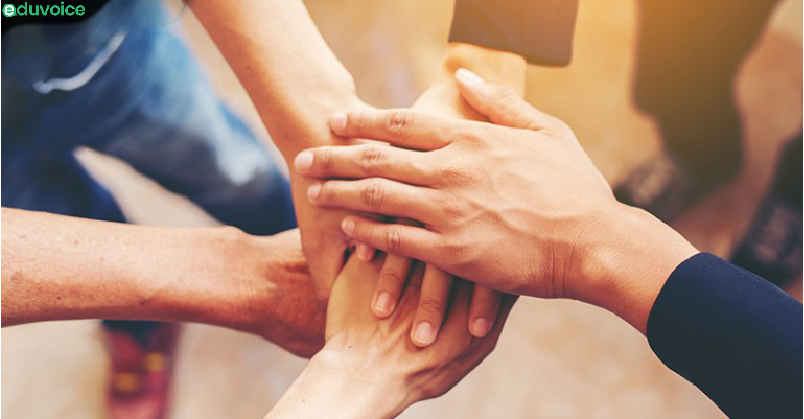 The obvious elephant in the room is out. The main problem why the ratio of unemployed engineering graduates is increasing is also due to the quality of education these graduates are receiving. Despite some of the universities promising campus jobs, the graduates often land up working in these companies for only a year or two.  Those fit find greener pastures while others find themselves in a quandary and change professions. The fact that Engineers can move into many other professions easily is not to be misconstrued as a reason not to innovate education itself.

The Graduates should also understand the mix of knowledge and skills they need to develop and focus on building a strong base of knowledge invariants, along with some skills which are also technology independent. Other skills and knowledge that are technology driven need to be acquired from its source, the industry directly and that explains the importance of work experience themselves. The invariant knowledge examples are fundamentals that do not change and the only place where they can be learned is the institutions. During the time spent in the institution’s Communication skills and Teamwork and leadership skills need to be honed as they will come in handy irrespective of time and space. Institutions, after all, must remain faithful to the pursuit of knowledge through research and individuals have the advantage to stop and digress.

India is a very diverse nation known widely for its culture, mythology and home remedies that our grandmother knows at the back of her fingers. It’s famous for its broad Himalayan range, amazing coastline, varied cuisines and among everything for its Incredible engineers. The Indian engineers are the most determined species that has walked on the earth, never getting discouraged by the kinks in Employability of these Engineers. If the Indian Society as a whole unit works for a brighter future than India can one-day witness again when engineering is no more a risky career choice.

The call of the day is to make Engineers who are much more than mere Engineers say Engineers++.