For the second occasion this summer, the Delhi School of Economics has denied permission to the same Student’s Group, DU Conversation, for conducting a panel discussion on ‘Indian Constitution – Right to Privacy’. Delhi University’s premier postgraduate centre refused a group of independent students and teachers from the university, the permission to hold a panel discussion on Tuesday. DSE cited the reasons as: “The topic was not on an economics programme.”

As a part of celebrations on 70 years of Indian democracy, DU Conversation wanted to hold both programmes at the lecture theatre at DSE. DU Conversation Group had also planned to invite lawyers and petitioners that were a part of the Supreme Court’s recent privacy judgement. DSE had earlier this year denied permission to DU Conversation, from holding a discussion on violence in Ramjas College. 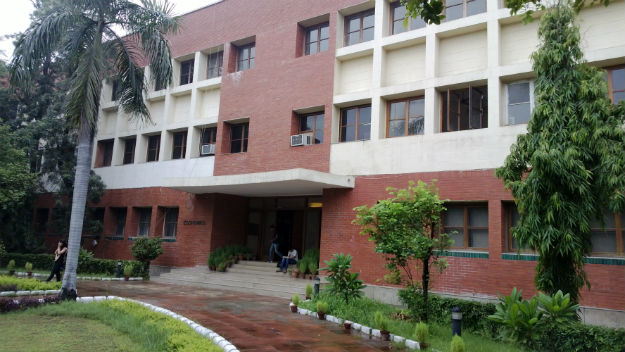 Condemning the move, a section of teachers who did not wish to be named stated: “It is the responsibility of the students to learn about the recent Supreme Court judgement on privacy. Students should be thoroughly aware of all that is happening, even if it is not directly related to their curriculum as they all are connected to each other.” A final year economics student at the centre also said: “The reasons that they’ve given are just too difficult for digest. Are the universities not supposed to be open spaces for holding dialogues and debates?”

The Official Statements: Aditya Bhattacharjee, Head of Economics department, stated it is “not an economics programme”, to which the Director, DSE, Pammi Dua adds: “As noted by the head Eco (sic).” Pammi Dua did not respond to email queries from the Indian Express.