Celebrating liberty did not go down well with the varsity administration of Allahabad University for reasons best known to them. It withdrew the permission, granted to Joint Action Committee (JAC) of Allahabad University students and activists for hosting Liberty Festival to celebrate ideas mentioned in the Constitution in “times of increased violence and hatred. The festival was to be celebrated in the name of “Jashn-e-Samvidhan”, under which the fundamentals of Indian Constitution would be discussed by students, professors and civil society. Vice Chancellor R L Hangloo was to be chief guest for this special occasion.

Manish Kumar, a student who was the planner of the event, said he was verbally informed about the non availability of the Senate Hall for the festival, and the Vice Chancellor will not be a part of it.

While speaking to The Indian Express, Hangloo said that the university authorities were kept in the dark about the presence of eminent persons, of which Indian jurists would be present at the event.

Speaking further, he said while seeking permission from the authorities for the Liberty Festival through a letter the students had written that among others, the Chief Justice would also grace the special occasion, and they included my name as Chief Guest without informing me. After looking at these highly acclaimed names to be present, we readily gave permission. But this was just on papers, not a reality at all. 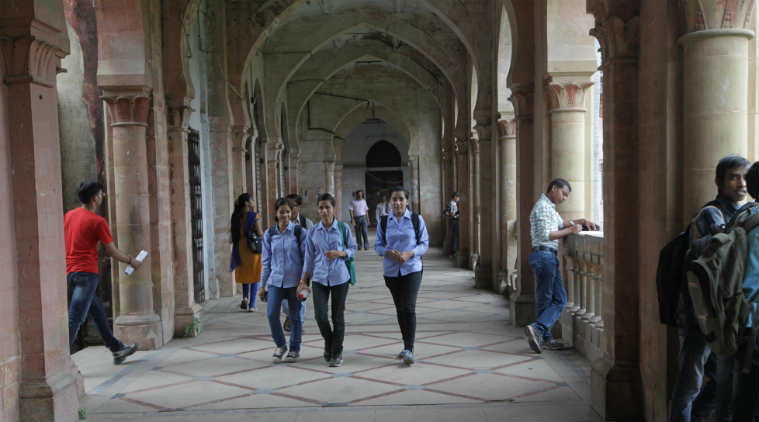 In an open letter to the V-C which was later made public, Kumar asked: “When I wanted (during the telephone conversation) the permission, you granted it, why? You said that the permission was for holding the event anywhere in Allahabad…when I pointed out that the letter had the name of a specific hall in the University, you gave another reason, mentioning that you were being pressurized by the HRD Ministry and nothing could be done about it.

HANGLOO’S VERSION OF THE LETTER

But Hangloo had something different to say. He denied being pressurized for withdrawing the permission. He said there were other reasons, which led to the cancellation of the permission. Bearing of the electricity cost came in between and secondly a part of the hall was undergoing repairs. Also, there was a Government of India programme on water conservation and another event to be held in the Senate Hal, so there was no chance that the Liberty Festival could be held on that day.

The JAC had intimidated the authorities well in advance, about the non-availability of former justice A P Shah, due to his delayed flight.

Despite all odds, the event was held on Moday, without chief invitees on the front lawns of the university. Among other guests were sociologist Prof Satish Deshpande, actor Maya Rao, singer Sonam Kalra, women’s rights activist Abha Bhaiyya.

The JAC alleged that right-wing student groups were behind this malicious act who had launched a campaign to malign the image of the organisers, guests and event by terming it as “anti-national” and relating it to the event at JNU, which received national attention after azaadi slogans were allegedly raised there.